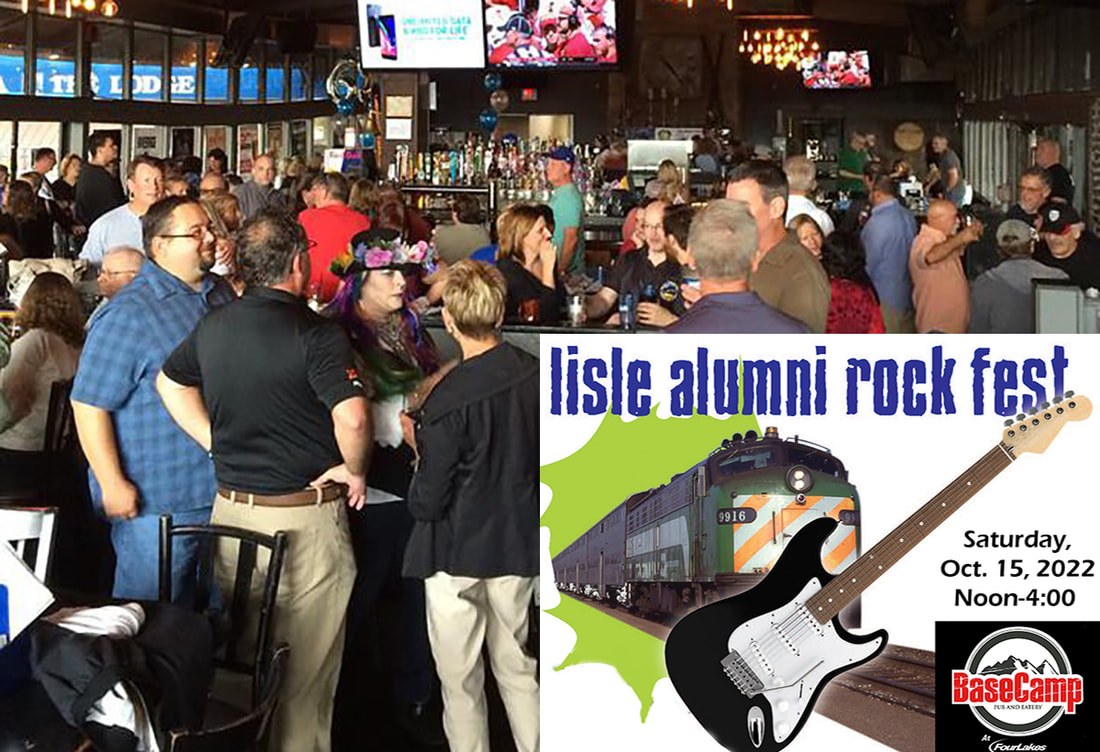 The Lineup is Set for Saturday Oct. 15 at Noon

The Show opens with Street Sweeper, a trio featuring Nate Ryan (class of 2020) on drums
Next up is John Deffner with a solo act
and the Rock Fest will close with longtime favorite Malibus

Hard at work practicing for the Lisle Alumni Rockfest are John Govi (’66), Al Carter (’68), Ray Crow (’67), & Al Judd (’70) former members of Lisle groups including Malibus, December’s Children, & Shadows.  They always put on a great show.
No charge for attendees (maybe a pass the hat) ​
About BaseCamp:
Locally owned and operated, BaseCamp Pub and Eatery prides itself on delicious food, reasonable prices, and friendly service in a quaint, ski mountain lodge atmosphere. We invite our guests to create their own experiences. Drop in with friends, celebrate a special occasion like the Lisle Alumni Rock Fest
FREE Admission!
Food & Beverages available at your own cost.
Checkout the menu
​2017 Alumni Rock Fest Liner Notes.
Saturday October 7, 2017
It was pretty well known that Lisle High School had a number of talented musicians so the idea of an alumni Rockfest seemed like one that would work pretty well.  If you were there, you know it exceeded all expectations.  Four bands and two solo acts performed to a crowd that grew and grew as the music rolled on. From bands with players who graduated in the 1960's to the 2010's, Basecamp at Four Lakes was rocking hard from early afternoon, until the early evening.
Starting the festivities were Big Cat and the Chew Toys.  Five Lisle graduates from the late 80's and early nineties. The crowd was well pleased with the song selection and musicianship.  Dave King (class of '75) performed as a solo act to plenty of appreciative applause as well.  Next, The Lorenzo Esposito Band (4 Alumni from 2011) performed a mix of favorites and originals. This was highlighted by a special guest appearance by John Deffner ('73) on Flugelhorn and yours truly, Bill Esposito ('72) on guitar.  Deffner then took the stage as a solo act and displayed his well-rounded talents on the piano and vocals. The evening was completed by a great show from The Malibus, five alumni from '66 to '70 who rocked the now near capacity crowd with Wipeout, Gloria and other classics.
If you missed it, you missed a real event.  One that may never be repeated. If you were there, thank you.  Thank you for coming out to hear live music, to hear your friends and classmates, to honor our alma mater and to support the Carlin Nalley Foundation.

By: Bill Esposito, Class of 1972
I attended Lisle High School from 1968 until 1972. I was a 3 sport athlete for all 4 years, a member of choir and madrigals, and appeared in musicals sophomore and junior years.  I have played guitar for over 50 years and have played in numerous bands and as a solo performer. I am also one of the founding members of the Carlin Nalley Foundation. 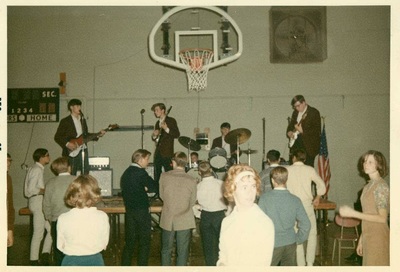 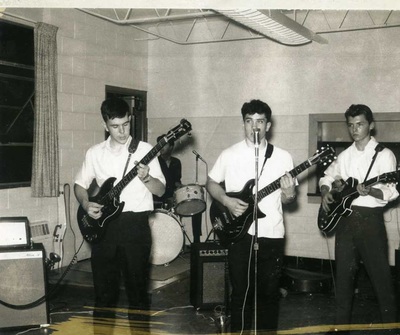 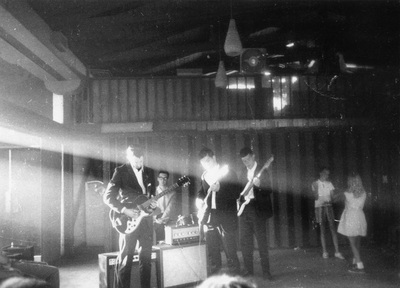 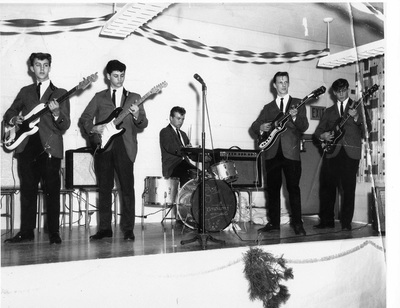 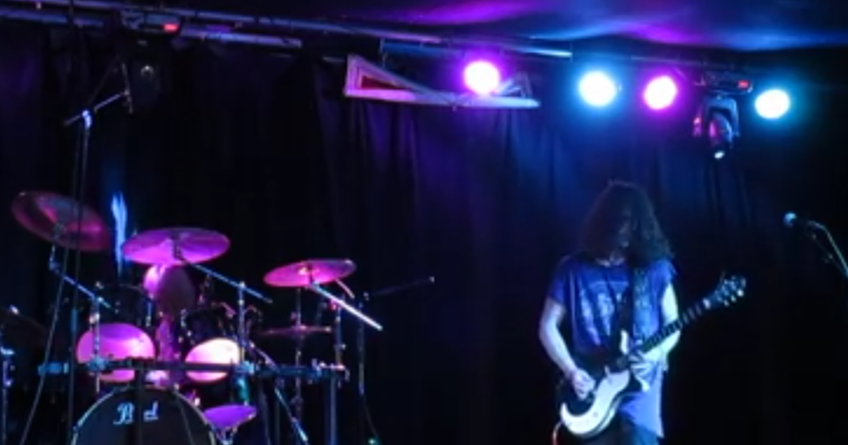 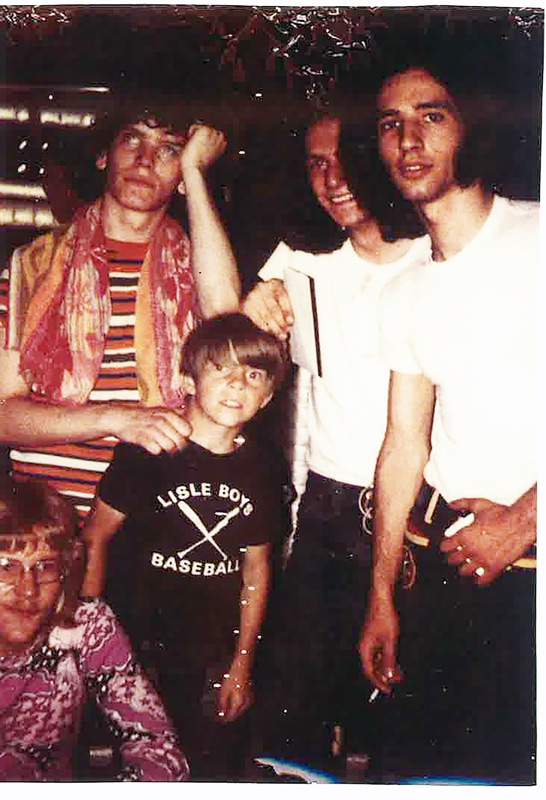 A casual shot of Dirt Farm (1971-72)  between sets at Lynn Sughart’s yard party in the Meadow's which later became a garage party as noise complaints from neighbors brought the police. Paul Marek later reported he could here the band at his home which was at 53 & Burlington. Right to left Randy Sutter Bass & Vocals, Bill Doherty lead guitar, Scott Novak drums, kneeling Eric Dahlberg keys (Eric was from Naperville). Anyone know who the young boy is? 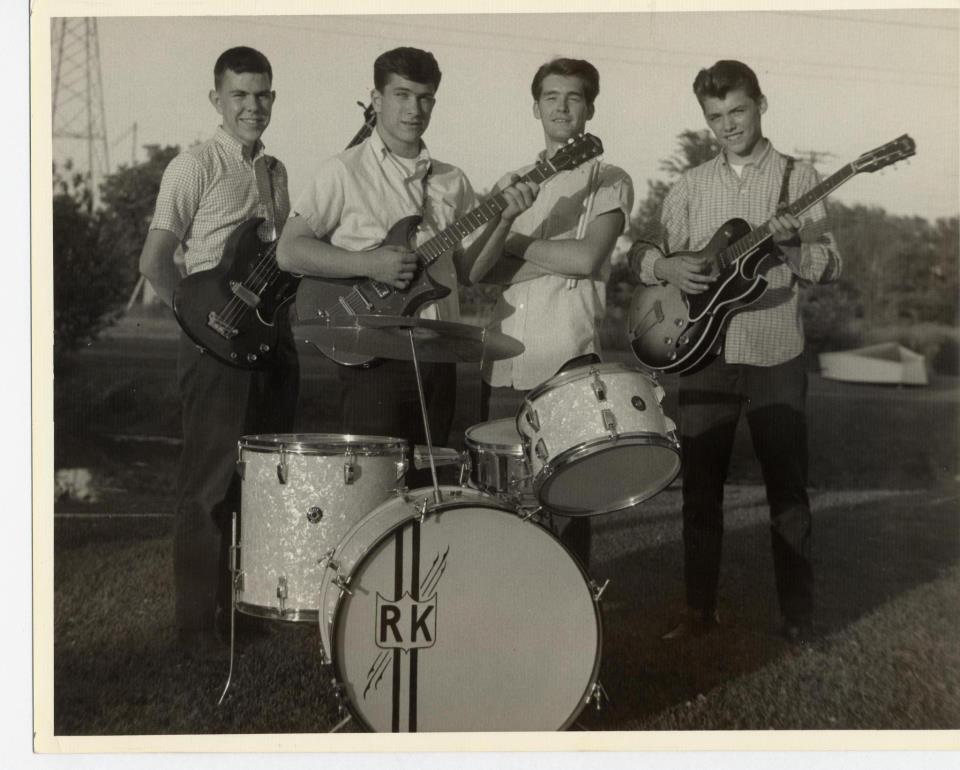